For the duration of the hostilities, the work of the Representative Office in Ukraine is temporarily suspended!
ZOOGEN is out of politics, we sincerely sympathize with everyone unwittingly drawn into the conflict and wish it a speedy end! Peace to all!

If you cannot contact the Representative Office in Ukraine - call our phones, write to e-mail and social networks! We will definitely answer and help you!

Under any circumstances, the ZOOGEN Company confirms its obligations to carry out studies, as well as for the prepaid coupons sold, regardless of the political situation.

On the territory of the Russian Federation, all payments are made in rubles.

For actual prices in EURO please contact our representatives. 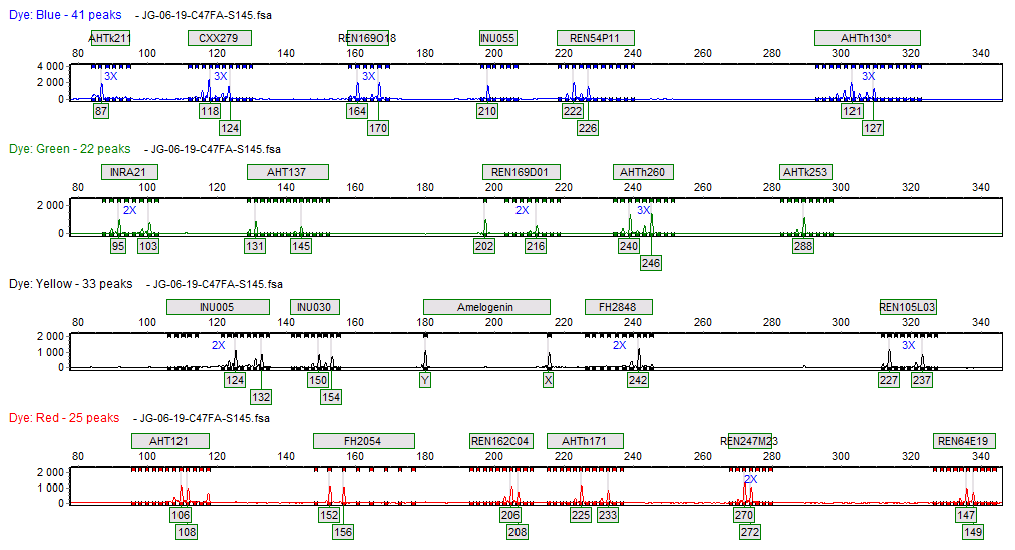 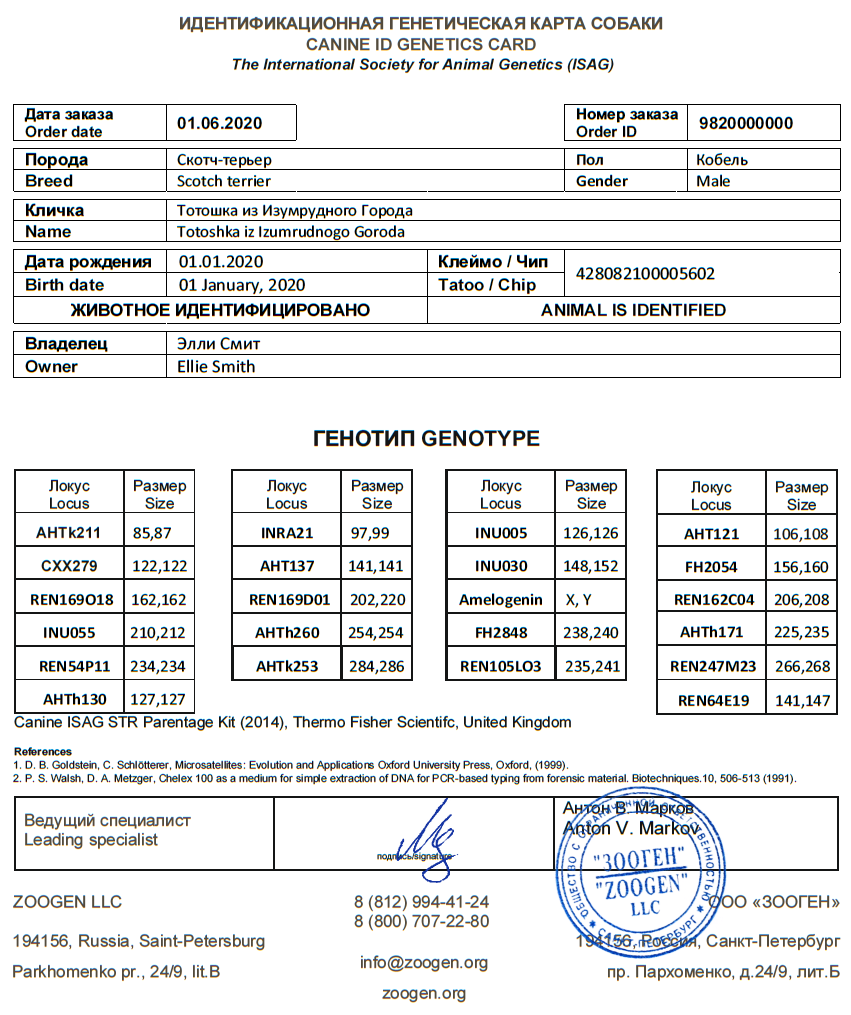 The form is drawn up in two languages: Russian and English.
The top of the form contains information about the animal. Pay attention to the data on the mark or electronic chip and identification of the animal. If it is indicated that the dog is identified, this means that the stamp or the chip was checked by our employee, veterinary clinic employee, veterinarian or club representative.
The "Genotype" section contains information about the size of polymorphic loci, which together represent the unique "digital code" of the animal inherited from the father and mother.

One of the amazing properties of animal DNA is its redundancy, i.e. the genome contains a huge number of sequences, changes in which in no way affect the traits, they are not genes, they do not encode proteins. One of these sequences is a group of short tandem repeats (STR - short tandem repeat) - they are present on all chromosomes, and there can be several hundred of them in the genome. The region of the chromosome in which the repeat is located is usually called the locus. A distinctive feature of STRs is that they consist of the same blocks repeated many times, the number of which can vary within different limits, determining the length of the entire locus, i.e. the animal genome contains many loci with STRs of different lengths. All animals, including humans, are unique not only in visible features, but also in the combination of STR lengths in a series of loci. It is logical that if you measure the STR lengths at the same locus in different animals, they may differ, but they may also coincide (the length variation is limited), therefore, as was statistically calculated, in order to identify almost uniquely each animal within one species, it is necessary to measure the STR lengths as at least in 18-24 different loci in one animal - this will make it possible with a probability of at least 99.7% to assert that there is no longer an animal on the planet with the same combination of STR lengths. The remaining 0.3% is the probability that there may still be another animal of the same type - an extremely rare event, but still probable. The more loci are taken for measurement, the less chance of accidental coincidence with another animal. Measuring the size of 18 loci within the same breed allows with a probability of at least 99.9% to identify each animal in the population - this is called genetic identification.

Representative office in the Republic of Belarus

* Before going to the office, you must first call the staff of the Representative Office